Home Health The Planet Is Threatened By Coronavirus. Learn How To Reduce The Risks Of Infection 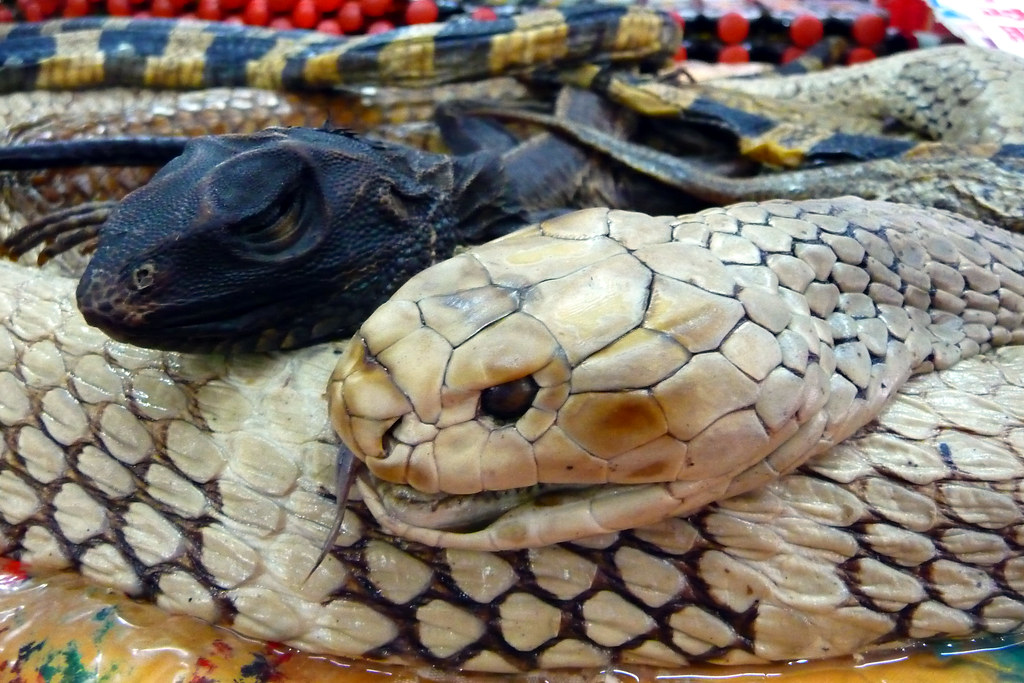 The Planet Is Threatened By Coronavirus. Learn How To Reduce The Risks Of Infection

Coronovirus (2019-nCoV) has already entered the history of healthcare as one of the worst viruses that claimed the lives of at least 106 people according to the latest data (as of 01/29/2020). As a result of pneumonia caused by the virus, the number of infected exceeded 4 thousand. Doctors report that the virus is transmitted from person to person.

Today, the Chinese city of Wuhan, where the outbreaks are recorded, is completely blocked. Entrances to the city are covered with earth and covered with tunnels. Security in suits of chemical protection stands at the entrances and exits from the city, where panic began among the local population, because the city runs out of food.

Authorities have opened green corridors through which food is delivered to an isolated city. The situation is critical. And, worst of all, despite isolation, the borders of the coronavirus continue to grow rapidly.

How does the virus spread?

The virus that broke out in one of the Chinese cities of Wuhan, Hubei Province, belongs to the family of coronaviruses, and as a result of infection leads to pneumonia.

Doctors say that a coronavirus infection, in other words a severe degree of acute respiratory syndrome, is transmitted to a person from an animal. So, for example, in 2012, the virus was transmitted to humans from a single-humped camel, killing 858 and, in general, infecting 2494 people.

“Given past experience, it can be assumed that if this is a new coronavirus, it should go to a person from an animal,” said virologist at the University of Nottingham Professor Jonathan Ball.

At the moment, there is no information about which animal became the carrier of coronavirus in China. First, a statement appeared that coronavirus was infected by patients who worked in the wholesale seafood market in South China, in Wuhan.

In addition to marine products, chickens, bats, rabbits and snakes were also sold on the market, which are also suspicious.

Chinese virologists, exploring the nature of the virus, suggested that it is snakes that are the source of the coronavurus, which killed at least 106 people from December 12, 2019 to today, January 28, 2020. Scientists also managed to find out that pathogens similar to a new virus often come from bats. But in the course of the study, it turned out that part of the virus in one of the genomes had significant differences from those found in bats. This means that between the bats and humans there was some kind of intermediate link that caught the virus.

Snakes? It is they who hunt bats, and it is quite possible that this was how the infection of the reptiles with the virus occurred, which, mutating in their body, was transmitted to humans. But Chinese scientists noted that the process of mutation of the virus did not occur in the last month. This period could take several years.

The virus from an infected person to a healthy is transmitted exclusively by airborne droplets.

How to reduce the risks of infection:

The geography of coronavirus today

Although Wuhan is already in quarantine, the deadly virus has gone far beyond the Chinese province of Hubei. The worst thing is that China did not end there. And the virus is already actively “traveling” to other countries of the world.

Next in line are France, the USA, Canada, Thailand, South Korea, Japan and Australia.

IN Canada with suspected disease of the new coronavirus, several people were hospitalized. Doctors keep a finger on the pulse.

“Five or six people are under surveillance. Suspicions of coronavirus in one person were refuted, but doctors are monitoring other patients, ” said Canadian Minister of Health Pati Hajdou.

But at the same time, Hajj added that the risk of contracting a coronavirus in Canada remains low.

“There are several cases that require further investigation, which is a good sign. This indicates that our system is operational, that doctors across the country work together and comply with the protocol, ” added the minister.

People from Vancouver and Quebec City with a suspected virus went to the hospital for help, but these were false cases.

According to the publication South China Morning Post, the virus has already made itself felt in Hong Kong where six cases of infection are recorded. Two of the patients are Hong Kong residents, while others are from China. An emergency has been declared in Hong Kong.

IN Macau the administrative region of China, five cases of coronavirus infection have already been recorded.

According to Taiwan News, in Taiwan four people with suspected coronavirus were hospitalized. One of them is a girl of 11 years old, who came from China in early January.

Meanwhile, according to the Bangkok Post, authorities of Thailand five cases of human infection with coronavirus have already been recorded. One of them is a 33-year-old woman who came from China. She arrived in Bangkok from Wuhan on January 21. And after several days she began to have fever and cough. The woman who sought help was immediately hospitalized.

Tourist Phuket did not pass around the coronavirus, where three people who had arrived from Wuhan had already been hospitalized with suspected illness. According to Phuket News, with the help of thermal scanners, they had an elevated body temperature when they arrived at the airport.

Japan reported two cases of virus infection. Meanwhile, Japanese authorities said they were ready to evacuate all their citizens from Wuhan. Japanese Prime Minister Shinzo Abe confirmed that they are now ready to arrange charter flights and withdraw all Japanese citizens who are in focal Wuhan.

It also became known that the virus had spread to another continent. So in USA in states Illinois Washington and California recorded for one case of coronavirus infection.

In Europe, namely in France three people were infected with the coronavirus, two from Paris and one from Bordeaux. A Chinese couple who arrived in Paris on January 18 asked for help complaining of poor health. Initially, they were not diagnosed with coronavirus. And after a week, the infection with the virus was confirmed.

In the French city of Bordeaux, a 40-year-old Chinese man working in the wine industry in France was also hospitalized. He also flew from Wuhan.

Meanwhile, in Russia, more than 100 cases of infectious disease have been detected among people who have recently visited China. But doctors say that you should not sound the alarm. In no case has coronavirus been confirmed. This was reported by the chief state sanitary doctor of Russia, Anna Popova:

“To date, we have identified more than 100 people who have certain clinical signs of an infectious disease and at the same time have a history of visiting the PRC. Each of them was timely identified, isolated, placed in a hospital in a boxed ward and fully examined. In each case, the etiology of an infectious disease was established, ”- reassured the residents of the Russian Federation a doctor.

So a message appeared on the network about coronavirus infection in a resident of Kiev, Ukraine. But later, doctors hastened to report that the patient did not have the same strain of the virus from which the inhabitants of China are now dying.

From the latest news, it became known that the coronavirus reached the capital of China, Beijing. Today, the first death of a 50-year-old man who was in Wuhan on January 8th was recorded there. On January 22, he heard a terrible diagnosis. In five days, his health condition worsened and the patient died.

In the meantime, the deadly virus got to the doctors. So on January 25, in China, the 62-year-old otolaryngologist Liang Udong died. The first symptoms of the disease appeared on January 16th. For 9 nine days the doctor was gone.

Last Friday, January 24, the construction of a second specialized hospital for coronavirus-infected patients began in Wuhan. An area of ​​25 thousand square meters is allocated for the construction. The medical facility will be calculated per 1000 hospital beds. The plans are to complete the construction of the hospital in record time, before February 1, and put the institution into operation on February 2.

The first wing of a hospital for patients with coronavirus was erected in 16 hours.

For Chinese builders, this is not the first experience of a quick construction erection. So in 2003, at the height of the SARS epidemic, the Xiaotanshan Hospital was built as soon as possible in the capital of China, in the city of Beijing. The hospital was also designed for 1000 patients, and infected people from all over China were treated there for about two months.

Factories engaged in the production of gauze masks and protective suits switched to an enhanced mode of operation.

Whatever the consequences, one thing is clear: China remains the epicenter of the emergence of new dangerous infections even 60 years after the Asian flu pandemic (claimed the lives of two million people) and almost two decades after the SARS epidemic.

Yes, the country has established control over the sale of exotic animals and infectious diseases have been successfully identified. However, traditional markets where you can buy almost anything from birds to snakes remain popular and potentially pose a serious threat to human health.

DON’T MISS Biohacking: What Is It And Its Basic Principles. Do Celebrities Use Biohacking?