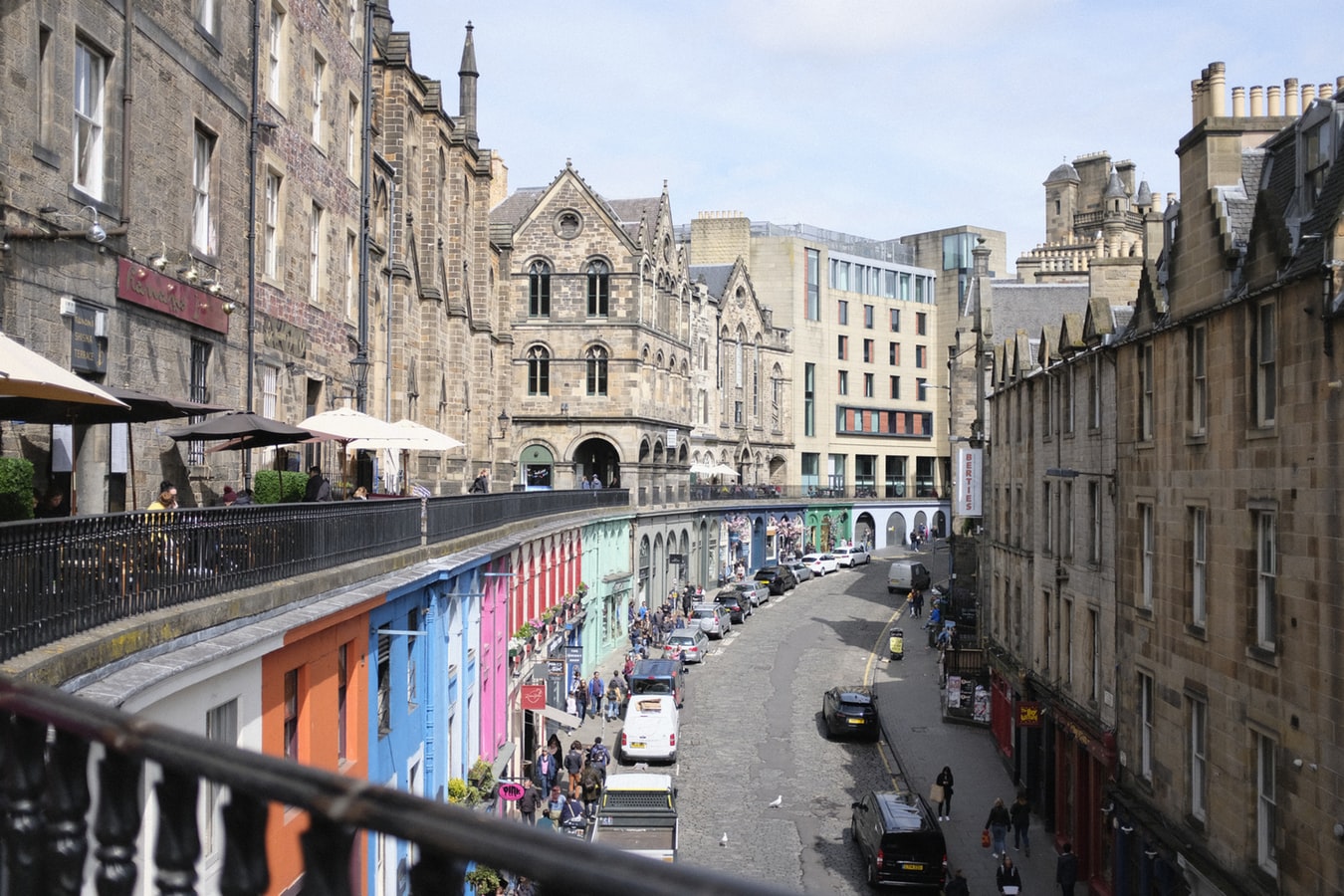 Travel to Edinburgh: Famous City of Ghosts and Legends

Travel to Edinburgh: Famous City of Ghosts and Legends. There you read deep legends of antiquity without looking at the signs on the walls of the palaces. The city, with its stone streets connected by almost vertical staircases, seems to be a reliable decoration for Tim Burton’s Gothic films, and brown houses with pipes and black cabs reminiscent of carriages in their appearance further reinforce the illusion that you are in the past. Only modern clothing of local residents causes a dissonance. You look at them and think: a wide-brimmed hat and an Inverness tweed melton cloak here would have looked many times more appropriate.

Behind a stone wall

The reason Edinburgh has managed not to lose historical authenticity is commonplace. The renovation plan for the capital of Scotland was adopted back in 1768. That is why houses in the new part of the city are not too different from the houses of the old part. Even the relatively “fresh” by local standards, the memorial on Calton Hill, built in the 19th century in memory of the Scottish soldiers who died in the Napoleonic Wars, seems to be, if not a sibling, then a cousin of Edinburgh Castle, built on Castle Hill by King David I in the distant XII century .

Acquaintance with the city is worth starting just with an inspection of an impregnable stronghold, deservedly nicknamed the “key to Scotland.” In order to fully appreciate the reliability of a fortification, you need to approach it not by the Royal Mile, but slightly from the side. It is then that the historians’ claims to films in which medieval cities and castles are surrounded by a single fortress wall become clear! Edinburgh Castle was erected on a steep cliff, surrounded by a multi-level belt of defensive walls and equipped with a complex system of double gates – in short, you can’t take such a fortress with a banal assault.

By the way, the fortification structure today has not completely lost its functions. Inside the castle are stored the jewels of the Scottish crown, as well as the Stone of Destiny, which was used for coronations, and although the treasury, where tourists are allowed, is equipped with an alarm, guides joke that the ancient walls of the castle are many times better protection against robbers than any achievements in scientific and technological progress.

It is said that in the 15th century, King James IV moved the royal court from the fortified castle to the Holyrood Palace for reasons of comfort: the wind blows very strongly on the top of the mountain, so it is unpleasant to live there. The path from the castle to the palace is the famous Royal Mile – Edinburgh’s main street. The Holyrood Palace itself, although ancient, is residential: Queen Elizabeth II stops there during annual trips to Scotland. By the way, at the end of the XIX century, Queen Victoria and Prince Albert loved to stay here. The royal couple was fond of drawing, and therefore, sitting by the window, wrote sketches from the ruins of Holyrood Abbey located near the palace: many centuries ago, the roof fell off, but the Gothic ruins were preserved out of love for the beautiful.

However, the most famous person who lived in Holyrood is Mary Stuart, whose rooms have survived to this day in an unchanged form. All guests of the palace must be told the story of David Riccio, the court musician and secretary of the queen. His too frequent presence in the bedroom of Mary Stuart could not please the Scottish lords: on March 9, 1566 they broke into the Queen’s chambers and inflicted fifty-seven knife wounds to the musician. Today, the place of Riccio’s murder is marked with a commemorative plaque, and the voice in the audio guide recommends that guests take a closer look to distinguish stains of dried blood on the floor. Frankly, I did not see anything, which is not surprising: before the arrival of Elizabeth II, the servants of Holyrood carry out a general cleaning in all the halls of the palace.

READ ALSO Travel Tattoos from Around the World

Do you think Holyrood is a creepy place? I hasten to reassure you. In Edinburgh, they are proud of stories in the style of Gothic horror films, because, according to guides, a record number of ghosts per square kilometer live in the capital of Scotland.

The place of their mass congestion is Mary King’s underground dead end. In the past – an ordinary street, but in the XVIII century it was walled up, and it was buried underground. The entrance there is located near the Gothic Cathedral of St. Aegidius. Dead End Mary King – an analogue of gloomy catacombs with once-residential buildings. By the way, many of the ghosts living here are just the victims of Edinburgh’s renovation, people who did not have time to leave their homes on time.

Another must-see point on the map for fans to tickle their nerves is Maggie Dixon’s pub, or “half-hung Maggie.” In 1723, she became pregnant from the son of the owner of the inn, and after giving birth, she left the baby on the banks of the River Tweed. For this, the girl was sentenced to death by hanging, but when her family took Maggie’s cold body home, she was alive. The pub named after her is open on Grassmarket, where public executions were held in the old days.

By the way, there is a theory that this eerie story inspired Joan Rowling, who wrote most of the Harry Potter books in Edinburgh. Like, half-hung Maggie is the prototype of the almost headless Nick – the Ghost of Gryffindor. Moreover, the Potterian fans believe that the writer borrowed the names of some of her characters from the tombstones of the old cemetery of the Franciscan church Greyriar’s Kirk. Of course, there is no reliable evidence for this, but there really is a grave of a certain Thomas Reddle – the complete namesake of Wolande-Mort’s grandfather and himself.

But the fact that it was Scotland that inspired Diana Gabledon to create a cycle of novels called “Alien Woman”, whose main character was mistakenly transferred to the XVIII century, you are not surprised at all – because when you wander the streets of Edinburgh, the feeling that you didn’t get here by plane and with the help of a time machine, it sometimes seems frighteningly truthful. He does not need to confront. In the end, such places on the planet can be counted on the fingers.

Our advice to you …

Fans of hiking should climb to the top of the Throne of Arthur – an extinct volcano, the ascent begins from Holyrood Palace. According to one legend, the legendary Camelot of King Arthur was located here.

Before the trip, check the site of Edinburgh Castle: sometimes it is open at night or there is a light show.

Of the dishes of national cuisine it is worth trying haggis – chopped lamb offal with onions, oatmeal, lard, seasonings and salt. The description sounds scary, but the haggis tastes good.

If you want to have fun in the evening, it makes sense to go to George Street. Pubs and bars are here for every taste.

Well, worship Joanne Rowling, she would advise to visit the Spoon cafe, where she worked on a book about a young wizard.

READ Enjoying Life With a Toy Godzilla! Traveling With A Special Friend…