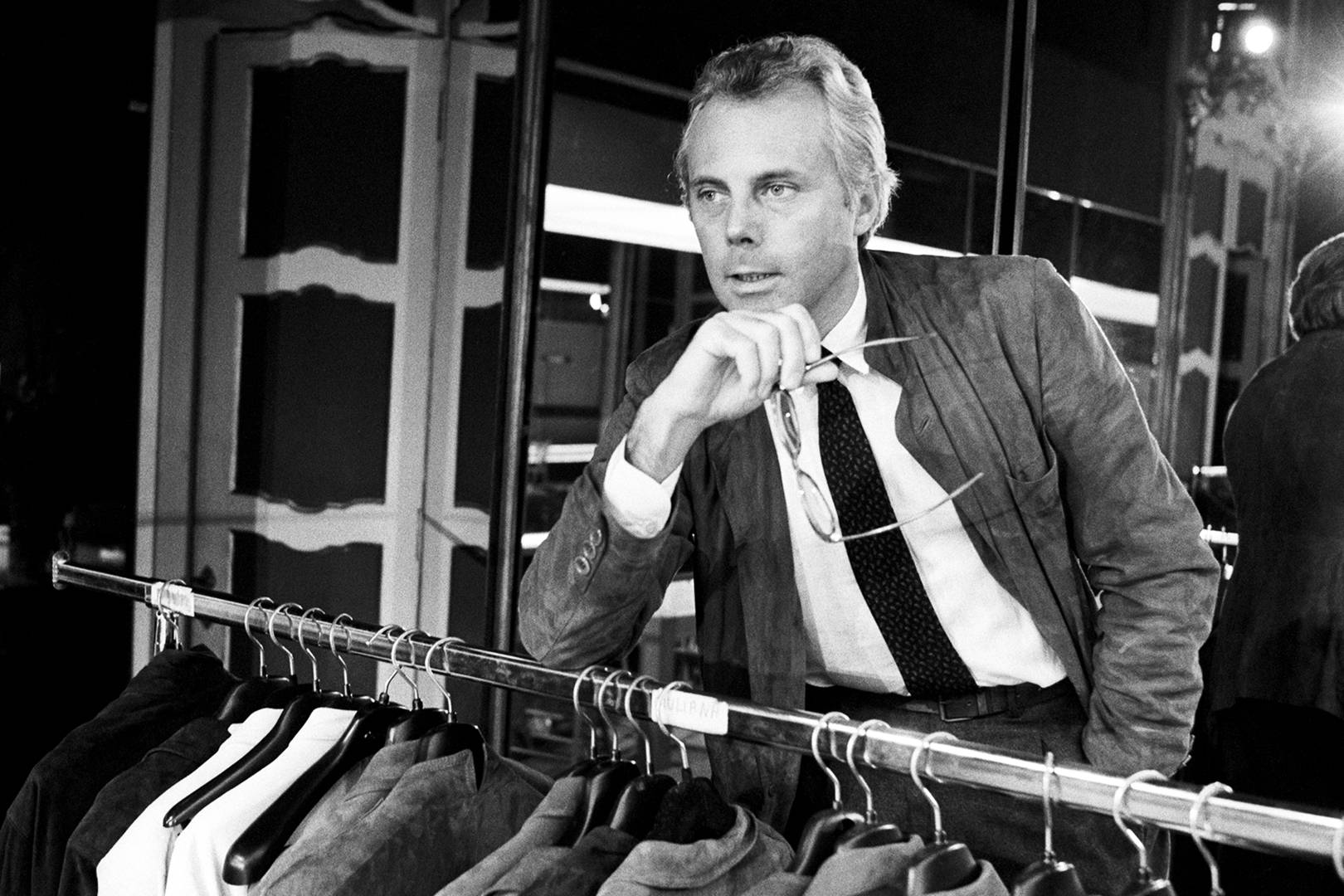 7 facts about Armani, the legendary Italian Brand by Giorgio Armani

In the summer, the legendary fashion house Armani turned 45, and this is a great occasion to remember how it was created and how it differs from other Italian brands. Today, it is not just luxury clothes that show the wealth of the one who wears it. Armani stands for style, practicality, modernity and quality. The company is still run by its creator Giorgio Armani, who believes that with the help of an outfit you can express yourself. The designer encourages his clients to co-create – he creates clothes, but it depends on the person how everything will look in the completed image.

Giorgio Armani has always been driven by constant dissatisfaction, above all with himself. He is constantly in search of perfection, so that his collections are ageless. Simplicity, classic and no striving for shocking: the Italian designer prefers to avoid momentary spectacular novelties. First of all, he seeks to grasp the request of society, to understand how people want to dress in everyday life.

Giorgio Armani comes from a simple Italian family where you didn’t even have to think about fashion, you had to earn a living. In a large family, they dressed modestly, but with taste, largely thanks to the mother, who influenced the perception of beauty in the future designer. Armani studied for two years at the Faculty of Medicine of the University of Milan, dropped out, served in the army, and then got a job at the Rinashente department store, where the beginner’s acquaintance with the fashion world began. Later he worked as an assistant to a designer, a purchaser of fabrics, created patterns, sewed for several brands of clothing – in general, he worked his way up to the owner of his own brand from the very bottom.

Armani founded the fashion house in the summer of 1975 with his friend, the architect Sergio Galeotti, who took over the financial issues, presenting the designer not to be distracted from creativity.

Armani was one of the first designers to feel the demand for major changes in clothing. Changing views of women on their own role in society, feminism and the desire for gender equality led to the fact that women increasingly wanted something more strict, comfortable and practical. The designer told why he wanted to change the appearance of clients.

I found that women often looked ridiculous, ridiculous, as if they were deliberately dressed up like dolls. At the sight of the glittering ladies overloaded with jewelry, it seemed that they had no problems, no other thoughts, except for the thought of bed, which may not be so bad, but it does not correspond to real life at all.

№2 a pioneer in everything

Armani was the first Italian designer to enter the world stage. It is now the inscription “Made in Italy” – an undoubted sign of quality, and at the time when Giorgio Armani was just starting his career, the world was guided by the style of France and Great Britain, so in Italy the silhouettes of recognized fashion designers were most often copied. Giorgio Armani was also one of the first Western designers to place great importance on the Chinese market. The brand emerged in the East in the early 1990s, and in 2010 became the first luxury fashion house to open a flagship store and an electronic version in Asia.

№3 Armani got his first recognition in the USA

Conservative Italians were initially skeptical of the designer’s ideas. However, he did not give up and decided to enter the American market, where he was warmly received. Already in the late 1970s, there was a spirit of innovation in this country, and women were easily ready to change their style in favor of the convenience that the Italian brand offered. In 1981, Giorgio Armani appeared on the cover of the American Time magazine and became the second designer in history to receive this honor (the first was Frenchman Christian Dior in 1957). Other popular fashion designers were very jealous of this. In the United States, the Armani brand is popular with office workers to this day.

READ: BATTLE OF MALE AND FEMALE COLORS. SEDUCE A MAN AND FORGET ABOUT THE WAR: WHY WOMEN WERE FORCED TO LOVE THE PINK COLOR

№4 Armani set the trend for dressing celebrities on the carpet

It seems common these days that famous brands dress Hollywood stars, but for a long time, starting in the 1980s, celebrities took to the red carpet mainly in Armani outfits. The designer was passionate about cinema and created costumes for nearly 200 feature films, including American Gigolo, Ocean’s Thirteen, The Dark Knight, Inglourious Basterds.

READ: HOW THE FASHION INDUSTRY WILL CHANGE AFTER THE CORONAVIRUS OUTBREAK

№5 the brand has created uniforms more than once

Giorgio Armani designed clothing for the Italian army in the late 1970s. And in the early 1990s, he designed a uniform for the crew of the Italian airline Alitalia. Then the American newspaper New York Times noted the discrepancy between the appearance of the flight attendants and the quality of the services they provide: their clothes were as fashionable and elegant as the service was bad. In the 2010s, Giorgio Armani designed the kit for the Italian Olympic team four times: in 2012, 2014, 2016 and 2018.

The capital of Italy has been famous for its textile industry for many centuries, but it was Giorgio Armani who drew the world’s attention to Milan and put it on a par with London and Paris, which set trends in fashion for decades. Over time, notable brands such as Versace, Dolce & Gabbana, Prada and Moschino also appeared in Italy.

READ MORE: 7 MOST SPECTACULAR OUTFITS OF THE GOLDEN GLOBE -2020

Now the company has turned into a real empire. It all started in 1981, when Giorgio Armani took a step towards the democratization of fashion and created the Emporio Armani collection. The idea and design corresponded to the style of the brand, but the prices were lower than the couture line. Gradually, the number of brand directions increased. Now the Armani assortment includes women’s, men’s and children’s clothing lines for work and leisure, accessories, household goods, care and decorative cosmetics, perfumes and even candy stores in several countries. The company is involved in hotel interiors, and Armani himself sponsors the Milan basketball team.

Giorgio Armani has always strived to create not just spectacular, but comfortable clothes that anyone can fit into their personal wardrobe, make part of their style.

It is the desire to create an elegant image that emphasizes the person’s personality that is the key idea of ​​the Armani fashion house.

DON’T MISS: ITALIANA LIFESTYLE OR HOW TO DRINK LIKE AN ITALIAN