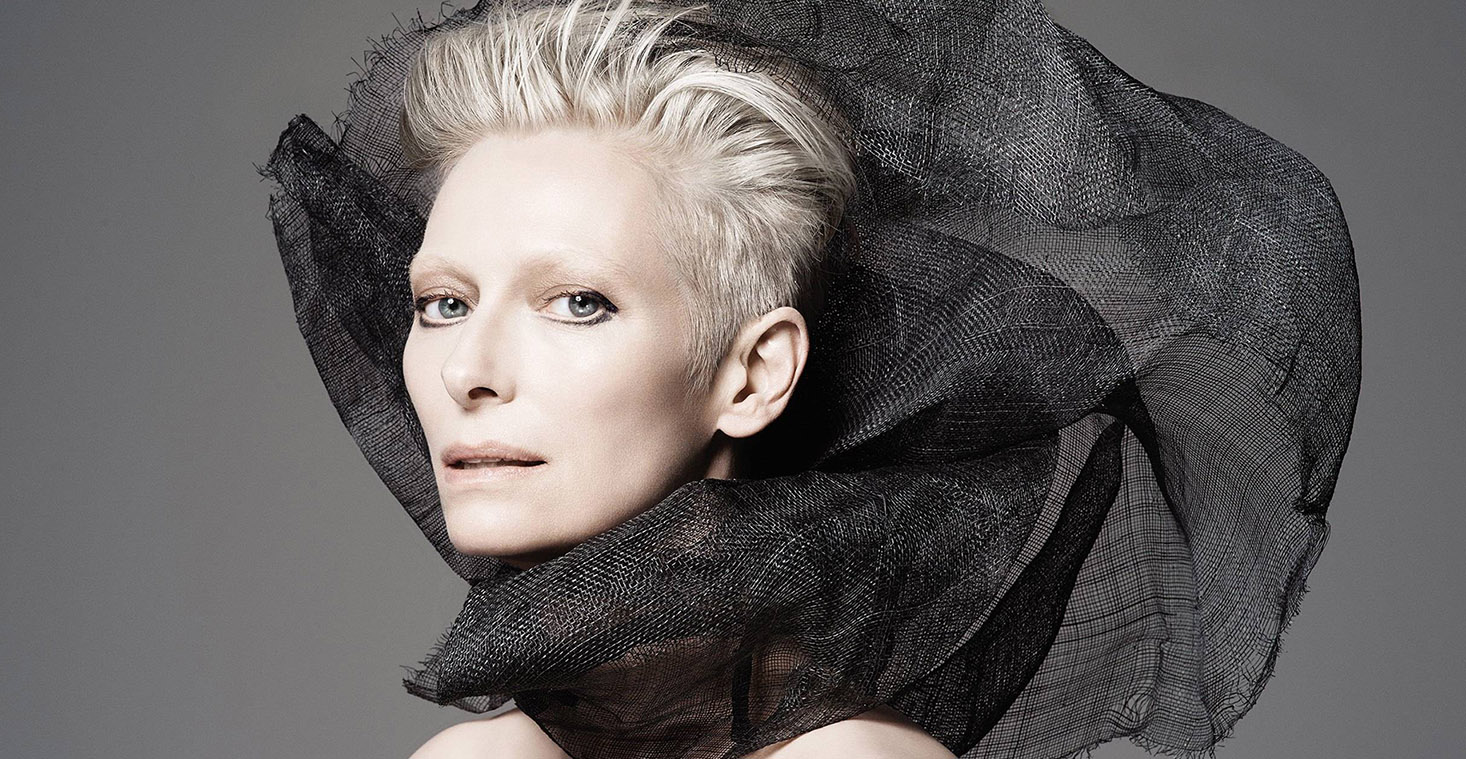 Hollywood stars try to keep secret the details of their lives, often very extraordinary. We decided to study actors with the most unusual fates and highlight the most interesting facts from their biographies. The next story is about Tilda Swinton.

1. As a child, she dreamed of getting rid of her brother

Tilda has repeatedly admitted that the family was always surrounded by men. Besides her father, she also has three brothers. Due to the fact that she also had to grow up in a male company, the actress assures that in childhood she realized herself as a boy, and managed to reveal her female side only in high school.

The fact that the atmosphere in the house was not always friendly is evidenced by the admission of Tilda herself – as a child, she dreamed of killing one of the brothers. The star explains her desire very simply – a relative constantly tormented her. Now the Oscar-winning actress claims that past grievances are long in the past and now she and her brother have an excellent relationship. Curious if Swinton’s relative himself knows about her insidious plan?

2. During her school years, she was close friends with the future princess Diana

Tilda comes from a very ancient British family and, although she herself does not have an official title, grew up in a wealthy family that honors tradition. Therefore, Swinton also received her secondary education at the respected West Heast educational institution, located in Sevenoaks. This school accepts children for whom the regular school education has become insufficient for various reasons.

Studying there costs a lot of money, but it pays off with interest for the parents of students, because within the walls of the institution their children not only receive good knowledge, but also acquire the necessary acquaintances. So, for example, Tilda herself during her studies was the head of the class and was closely friends with the future princess Diana.

3. Returned the fashion to androgyny

The theme of nonbinaryity runs through all of Tilda’s work as a red thread. So, in 1987 she played in the play “Man to Man”, according to the plot of which her heroine, in order to survive in Nazi Germany, was forced to hide under the name of her deceased husband.

In 1992, Tilda starred in the film adaptation of Virginia Woolf’s novel Orlando. In the first part of the film, Swinton played a male character, and in the second part, a female character. This work brought the star worldwide fame and several major awards.

It is noteworthy that the actress adheres to the theme of androgyny in real life, making this style very popular: she wears a short haircut, almost does not use makeup and prefers loose-fitting men’s suits.

4. Tilda does not drink alcohol

Despite the fact that many Hollywood stars are famous for their love of endless revelry and parties, Tilda categorically does not accept alcohol and is ready to sip a couple of sips exclusively in the frame.

Initially, it was Tilda who was supposed to play the main role in the romantic comedy “Diary of Bridget Jones”, for which the actress was also ready to recover greatly. But in the end, Renee Zellweger left the role of the awkward and funny Bridget. A similar castling occurred with the role of Professor Trelawney in the MCU about Harry Potter. Swinton offered to play this character director of the third part of the “Harry Potter and the Prisoner of Azkaban” franchise, Alfonso Cuaron. But due to inconsistencies in working schedules, the actress dropped out of the project, and the role of Trelawney went to Emma Thompson.

6. In the film “Big Splash” played because of personal drama

Given the percentage of Tilda’s missed roles in very high-profile projects, it is worth highlighting her participation in more modest films. Moreover, sometimes it gets into the tape of one or another director has a unique background. So, in 2009, Swinton played the main role in Luca Guadagnino’s drama “I Am Love”. The picture turned out to be very successful, and six years later the Italian director invited the star to his tape “Big Splash”, in which he offered the actress the role of an almost non-speaking heroine.

Despite the previous successful collaboration with Guadagnino, Tilda refused to shoot, but after some time after negotiations with Luca, Swinton’s mother died. The actress admitted that at that time of her life, because of the grief she was experiencing, she felt dumb, and therefore managed to better understand her screen heroine and agreed to the director’s proposal.

READ MORE: CELEBRITIES WHO HAVE UNEXPECTED “SKELETONS IN THE CLOSET”. MURDEROUS LOVE: SUICIDES IN CELEBRITY COUPLES

7. Lives in an open marriage

The star of the film “Only Lovers Will Alive” managed to build an unconventional family that perfectly exists according to its own laws. So, the Oscar-winning star lives in a big house with her long-term partner (and common-law husband), the Scottish artist John Byrne, their two adult children and … her younger lover, the New Zealand artist Sandro Kopp.

The polygamous relationships of this trinity are considered almost ideal: adults have managed to competently build an alliance in which the third is far from superfluous. Moreover, this alignment does not bother even the heirs of the actress. Tilda herself admitted that she simply does not see the point of breaking a strong bond with her husband, who is not against his wife’s lover living with him under the same roof. In general, this is an almost ready-made script for Peter Greenaway (provided that the director wants to shoot a sequel to the drama “The Cook, the Thief, His Wife and Her Lover”).

8. Inspired designers for a whole collection created in her honor

For many years, Tilda has worked closely with the British brand Victor & Rolf, which specializes in creating conceptual and avant-garde designs. In 2003, the fashion house presented a runway show called The One Woman Show, which was completely inspired by Tilda’s personal style.

All models looked like copies of the actress. The star herself also did not stand aside – in the final of the show, she went up to the podium and read a poem of her own authorship. In particular, it contained the following line: “There is only one you in the world. Only one”. By the way, the style of the star is loved not only by designers, but also by fashion critics. In 2013, The Guardian included her in the list of the most stylish celebrities who are over 50.

Tilda is known for her love of experimentation. The star once began her creative career with a theatrical stage, and continued with filming in films, which she periodically interrupts for experimental projects in the plane of contemporary art.

One of these experiments was the participation of the actress in the exhibition of the avant-garde artist Cornelia Parker, held in 1995. As conceived by the author, Tilda turned into a living exhibit for a whole week: she spent eight hours a day, lying like Sleeping Beauty with her eyes closed in a glass cube. Visitors could only observe the actions of the star, but could not communicate with her. Until now, this performance is considered one of the most unusual and famous.

10. Learned Italian and Russian for the role

For the filming of the aforementioned film “I Am Love”, Tilda had to prepare especially well. The fact is that according to the plot, her heroine is a Russian emigrant who followed her husband to Italy. Even before that, the actress admired the Russian classics, and therefore decided to learn Russian in order to add credibility to her character. Of course, she cannot freely quote Dostoevsky and Chekhov, like Rife Fiennes, but she perfectly understands Russian and Italian by ear and can respond to her interlocutor with simple sentences.