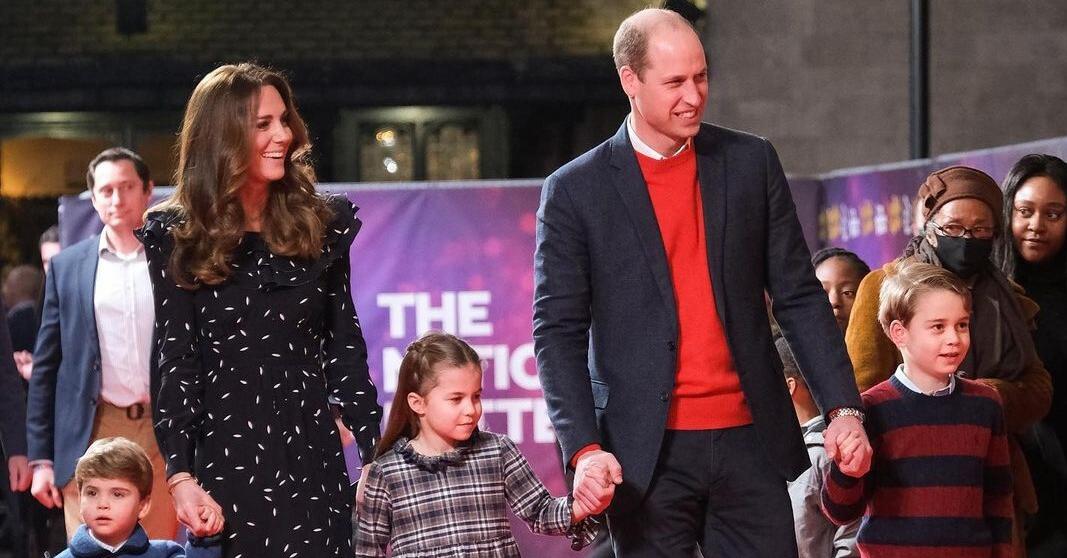 The Duke and Duchess of Cambridge for the first time in a long time appeared at a public event with the heirs – the couple brought the children to the theater. Kate Middleton and Prince William honored the charity performance “Pantoland” at London’s London Palladium with their presence.

For the festive evening, the couple decided to take their heirs – 7-year-old Prince George, 5-year-old Princess Charlotte and 2-year-old Prince Louis. Small children walked the red carpet with their parents, smiling happily at the photographers.

At the event, Kate Middleton appeared in an elegant black dress with a print and voluminous sleeves from Alessandra Rish, and Prince William chose a casual style suit, wearing a blazer over a red jumper.

A post shared by Duke and Duchess of Cambridge (@kensingtonroyal)

Netizens noted how Prince George has grown noticeably, who has become almost a head taller than his sister.

Before the performance, the Duke gave a short speech to thank people across the country for the losses they suffered during the pandemic. After that, the family enjoyed the fairytale performance.

During intermission, the Duke and Duchess also met with some of the healthcare professionals to learn more about their experiences over the past year. They later appeared backstage to praise the cast and creative team for the spectacular performance.

Recall that not so long ago, another royal person – Meghan Markle – announced that she had a miscarriage.

READ MORE: HOW LONG HAS IT BEEN! 15 RARE PHOTOS OF NICOL KIDMAN, STEVEN SPIELBERG ROLLER-SKATING TO ELTON JOHN, WHO DOESN’T LOOK LIKE HIMSELF.

READ ALSO: RARE PHOTOS OF MADONNA IN 1983 BEFORE SHE BECAME THE QUEEN OF POP

DON’T MISS: BATTLE OF MALE AND FEMALE COLORS. SEDUCE A MAN AND FORGET ABOUT THE WAR: WHY WOMEN WERE FORCED TO LOVE THE PINK COLOR