Home Beauty Look Like a Celebrity: glamorous makeup in 15 minutes for busy moms by Chloe Kardashian 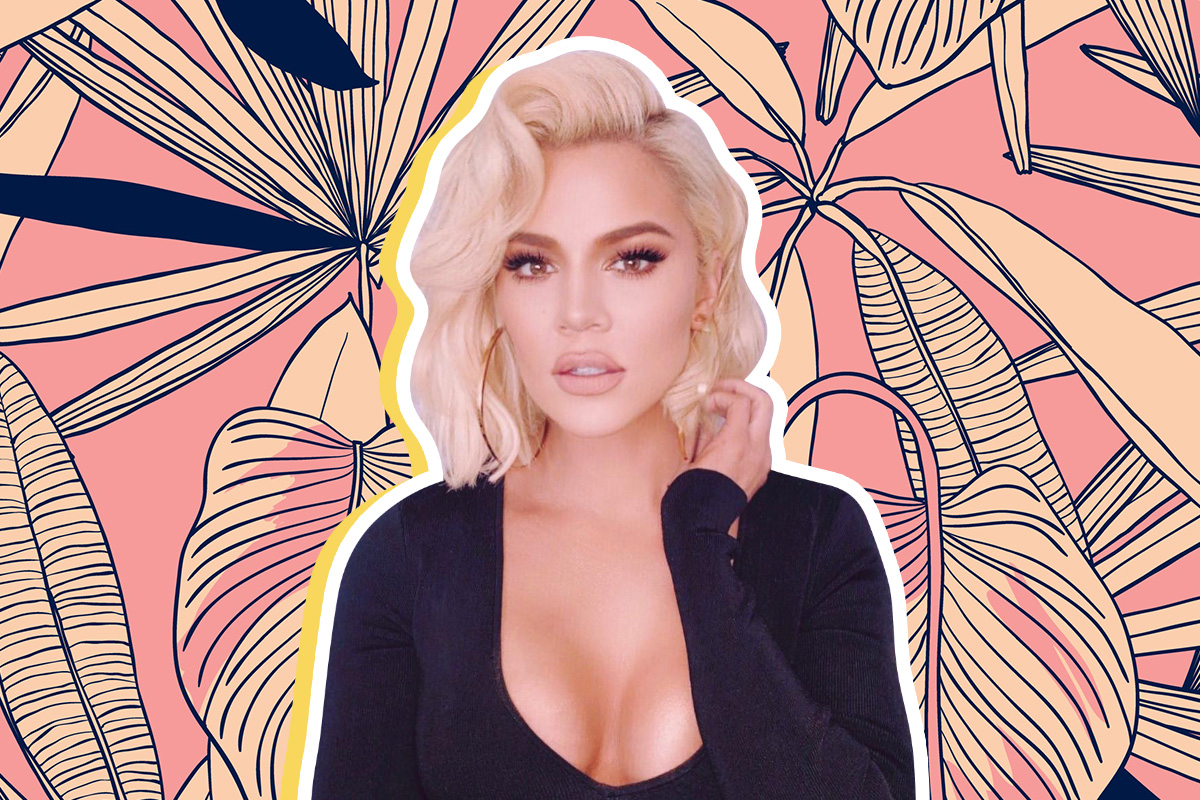 Look Like a Celebrity: glamorous makeup in 15 minutes for busy moms by Chloe Kardashian

Look Like a Celebrity: makeup in 15 minutes for busy moms by Chloe Kardashian. As the career of Chloe Kardashian (and she is not only a reality star, but also a successful entrepreneur and writer) developed, her beauty routine and makeup changed. Celebrities are now 35 years old, and she says that motherhood has greatly changed her approach to beauty.

Firstly, her beauty routine was reduced to an absolute minimum (for some it would seem strange, but for Chloe this is still a minimum). Secondly, she realized that aging would hurt her, so she fell in love with oils for her face and body and uses them every night. And thirdly, she had to abandon all liquid makeup products, since Chloe, according to her, looks after the child herself. When she does makeup, her one-year-old daughter Tru constantly runs around. And this means that Tru may need the help of her mother at any time.

“Since I became a mother … I had to learn to do makeup very quickly and not use too many liquid things, because when I put them on and I need to run after Tru, the makeup will become very strange, and then I will look spotted, ”Chloe said in a video for Vogue.

Now Chloe Kardashian’s morning beauty rituals begin with washing and toning the face. She uses matting tonic with hazel extract and Quinn’s Alcohol Free Witch Hazel Rose Petal and Aloe Vera Natural Toner and then apply a large amount sunscreen EltaMD UV Clear Broad Spectrum SPF 46 on the face, neck and décolleté, as these are the places that age the fastest.

After this simple departure, Chloe sets about her usual daytime makeup.

How to do daytime makeup for Chloe Kardashian in 15 minutes

“I create my own BB cream in this way, the tone is not felt at all on the skin, ”said the youngest of the Kardashian sisters.

For Chloe, this step is also a great way to reduce the time of applying makeup, because you do not need to wait until the cream is absorbed, and then shade the tonal product for a long and tedious way. By mixing a moisturizer with a tonal cream, it will be easy to blend and make-up will look more natural. And, given the fact that Chloe “bakes” her make-up, this is important.

Chloe is visited by a cosmetologist quite often, she has few inflammations on her face. She is more worried about too pigmented areas of the skin. She uses the KKW Beauty Liquid Concealer, a little lighter than foundation, to even out her complexion. She usually applies concealer under her eyes, around her nose, in the center of her forehead and on the back of her nose, and also just below the corners of her lips, where she has darker skin. Then it shades everything with a damp sponge.

Still not sure how to do a backing? Chloe Kardashian will teach you (if you need it). She is applying a clear friable powder Kylie Cosmetics Translucent Loose Setting Powder in a dense layer using the same wet sponge to all areas where the concealer was used. Then with a fluffy brush it distributes quite a bit of powder on the remaining areas of the face. After that, with the same brush, she shades the previously applied layer of powder in the T-zone and on the nose, while leaving the product under the eyes intact. This is necessary to make the makeup “baked”.

Chloe uses this trick because she is often photographed and she needs her face to always look perfect in the pictures. The reality star explains in the video that in real life, such a make-up may look too dense, but in the photo the face will seem perfect. So, we do not recommend you to use makeup for daytime makeup, if the cameras are not aimed at you 24/7, as a reality star.

Chloe admitted that contouring she learned from Kim. And it is actually very simple. All you need to do is to draw a little dry contouring agent (or bronzer) onto the brush, and then draw it along the forehead and temples, go down to the cheekbones, and then the jaw line as if you are drawing the number 3. The reality star also contours the nose using the most light shade of powder for contouring from the MAC Cosmetics Studio Fix Sculpt and Shape Contour Palette (shade Light / Medium).

For daytime makeup, Chloe never uses bright shades on her eyes. She also does not like to wear false eyelashes in a daytime look, leaving them only for public outlets.

The light brown shadows from the Kylie Cosmetics Koko Palette Chloe emphasize the creases of the eyelids, and then uses red-brown shadows to create feathery arrows on the upper eyelids. They also emphasizes the lower eyelids. Chloe says she loves using shades with red pigment, as they make her green eyes more expressive.

On the entire moving eyelid and in the corners of the eyes, Kardashian causes shimmer shades of pink gold from the same palette. This helps to visually enlarge the eyes.

And finally, the finishing touch – curling eyelashes with a curler and applying mascara Lancôme Hypnôse Doll Lashes Mascara. Chloe always applies mascara in two layers, because she naturally has rather long eyelashes, but not thick. And this allows you to achieve the effect of false eyelashes in a matter of minutes.

After the eye makeup is ready, Kardashian shades the powder that was on the skin under the eyes. If something crumbled, she easily dared it with a brush along with powder, without spoiling the tone. Here’s what else for baking.

READ Coronavirus: what you need to know about a mysterious disease and whether parcels from China are safe

The star has rather thick eyebrows, so it only fills the gaps between the hairs in pencil Kylie Cosmetics also fixes with gel of the same brand.

“I never had thin, overly plucked eyebrows. I think it’s because I learned from the mistakes of my sisters, ”says Chloe.

Yes, there is little contouring for daytime makeup by Chloe Kardashian, so she adds a little Tom Ford Soleil Glow Bronzer to her cheekbones and forehead, emphasizes the apples of her cheeks with blush from Kylie Cosmetics and runs a highlighter on high points of her cheekbones.

Chloe uses KKW Beauty Peach Crème Lip Liner and Kylie Cosmetics Koko Collection Liquid Lipstick in Allergic To Bullsh * t for a daytime look. And to make her lips seem even more puffy, she puts a shimmer shine in the center.

READ MORE Why Your Training Does Not Work: essential mistakes made when losing weight