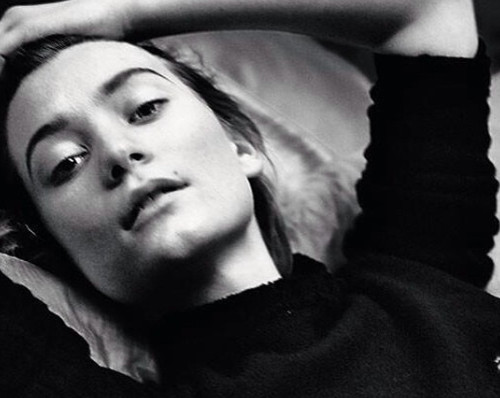 Mia Wasikowska is the favorite of many directors. She won us over with her talent in Tim Burton’s film Alice in Wonderland. On October 25, the actress turned 31 years old, we invite you to look at her most striking transformations for cinema.

On September 16, The Devil Is Always Here premiered on Netflix. A slightly gloomy picture of the lives of several people in the South of America, whose fates are intertwined. Mia played the role of Helen Hutton, wife of preacher Roy Laferty. The history of the film begins in the early 1950s in the United States.

In the ribbon, Helen appears in a blouse and dress in a small pattern with a light gray collar, which is typical of that time. The actress lacks cosmetics and jewelry, which also emphasizes the heroine’s modest position in society. Despite the sad outcome, Mia’s role is memorable and important.

Mia Wasikowska in the movie “The Devil is Always Here”, 2020

The film “Blackbird” tells about the last wish of a terminally ill woman. Mia played the daughter of the main character. The picture unfolds in a family home, so minimalistic images were chosen: no makeup, a plain sweater that looks not new (just for gatherings at home), loose pants and sneakers. The actress was accompanied on the set by Susan Sarandon, Kate Winslet, Lindsay Duncan, Raine Wilson. 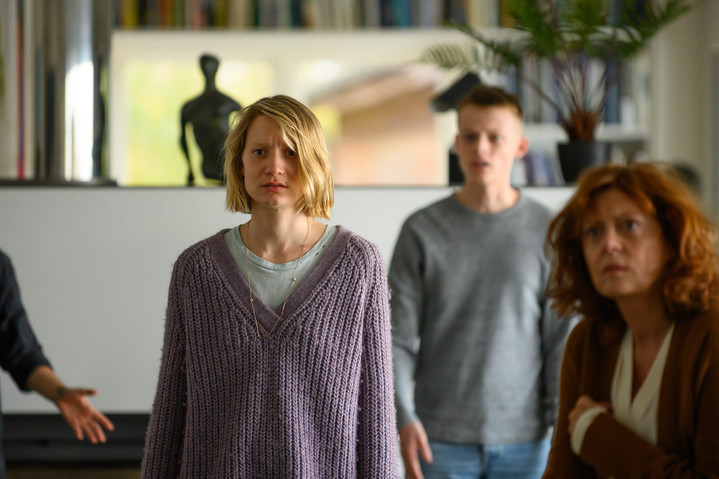 Mia Wasikowska in the movie Blackbird, 2019

An incredibly intriguing plot of the picture. In the center – the main character (Christopher Abbott), experiencing a strange attraction to violence. He goes to another city where he plans to kill a prostitute. In the picture, the actress perfectly embodied the character of Jackie, a call girl. Red lips, a light fur coat, a short skirt, stiletto heels and black gloves perfectly emphasized the image of the heroine.

The role of Jackie is a bit like the previous work of the actress, for example, the strange Agatha from “Star Map”, who also prefers a short bob with straight bangs. 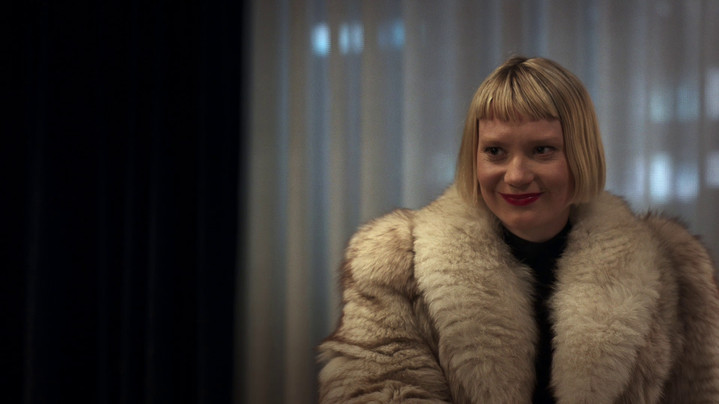 Mia Wasikowska in the movie Piercing, 2018

Mia got a striking supporting role in the film by Jim Jarmusch. The eccentric sister of the main character (Tilda Swinton) prefers short skirts, dresses, and bright tops. From the shoes, the heroine chose shoes and boots with heels, which reflects the lightness and recklessness of a vampire. 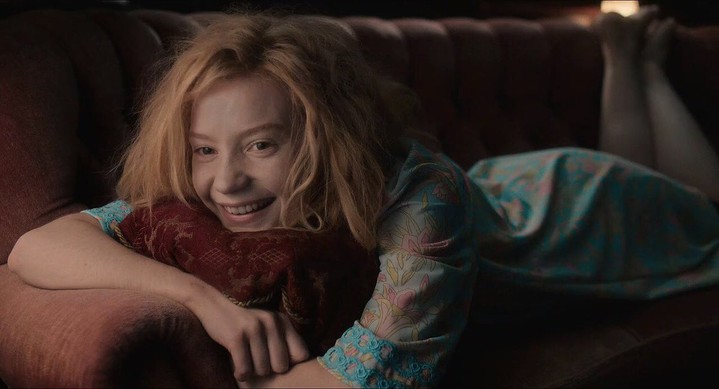 In the dark thriller, I would like to note both the cast (Matthew Goode, Nicole Kidman) and the magnificent work of the costume designer. Garderoy reflects and reveals the characters of the heroes. The heroine of Mia Wasikowska is a young girl India who lives in her own world. Her looks are restrained and practical: delicate blouses, classic shirts, a-line skirts, sheath dresses and oxfords.

In the picture, the costumes are worked out and carry meanings. The growing up of India and the search for itself as a person are shown in the film through a change of shoes: the change of usual shoes for black Christian Louboutin shoes with thin heels. 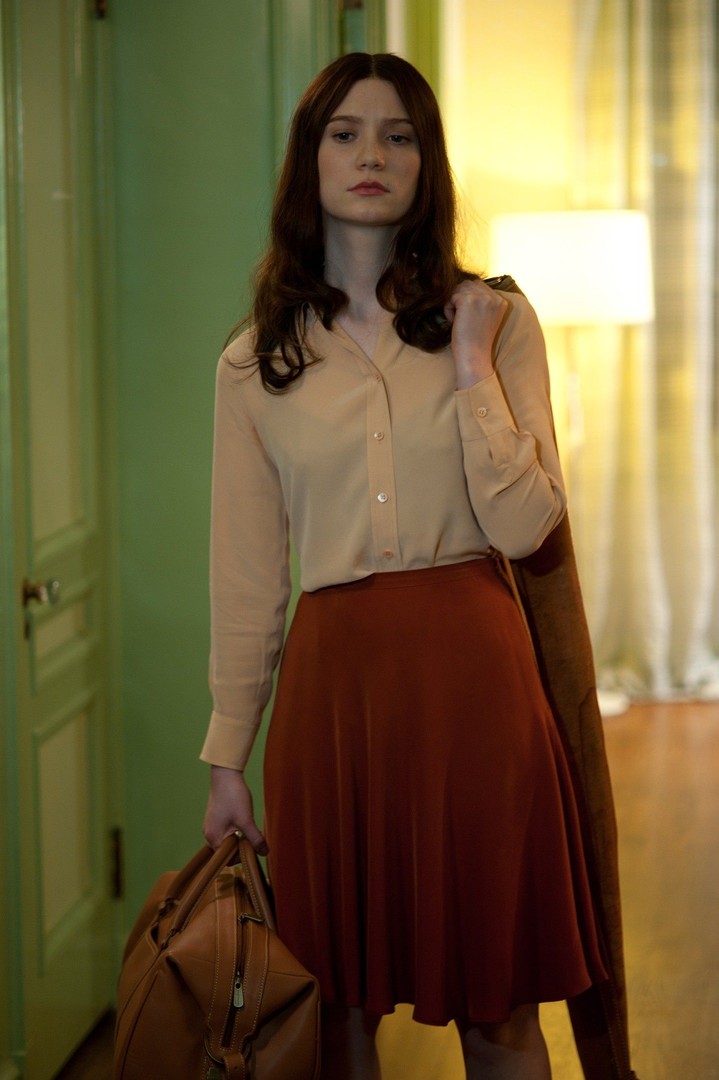 READ ALSO: LOOK LIKE A FILM STAR! THE BEAUTY SECRETS OF THE INCREDIBLE SOPHIA LOREN

READ MORE: TOP CELEBRITIES WHO STARTED THEIR CAREERS IN ADULT FILMS. DIAZ, MOORE AND OTHER