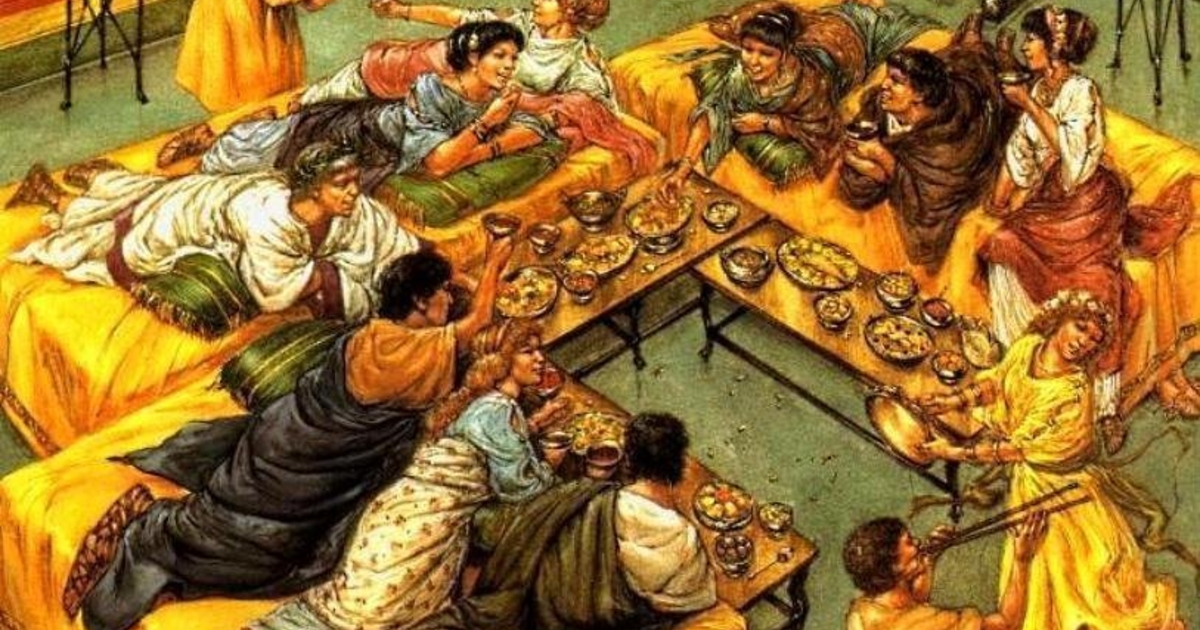 What did they eat in Ancient Rome (thrilling Caesar’s menu and recipes for our days). The cuisine of the Roman Empire was formed under the influence of the gastronomic culture of Ancient Hellas. This antique gastronomy was based on bread, wine and olive oil – without these products there was not a single meal.

The main products in early Rome were bread and cereals, from which they prepared stews and cereals, for example, pula – a mixture of flour, honey, salt, olive oil and water. Borshch was also loved and cabbage and beets were specially grown for them. Even the great artists and emperors did not shy away from this occupation.

Ancient Rome is considered the founder of salads. Even then, they were prepared from chopped lettuce, parsley, onions and seasoned with honey, salt, vinegar and olive oil (and ground black pepper was added from the 1st century AD).

The Romans paid special attention to breakfast – ate tight and tasteful. Usually it was the remains of dinner – olives, capers, eggs, bread with cheese, honey. Children were given milk and sweet or salty wheat cakes. At noon they ate a light lunch or had a snack with something bought from elemental merchants.

With the onset of darkness, the whole family gathered for a hearty meal. On the table, without fail, there were soups from cereals or dried vegetables, cheese, vegetables, olives, meat. 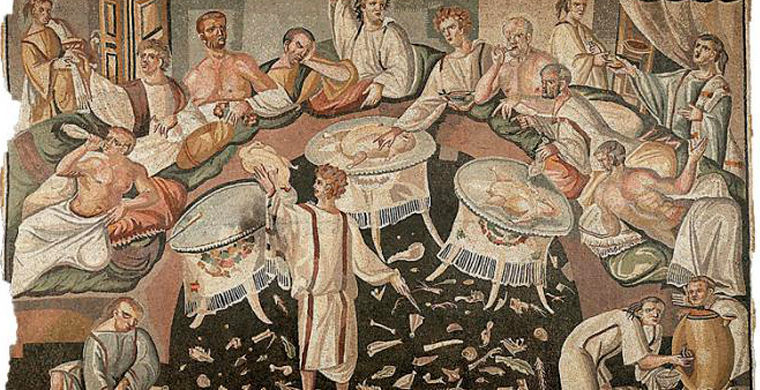 During the late Roman Republic, cooking begins to become a form of art, and slave chefs become an expensive commodity. Dishes become more refined, and some ingredients cost incomparably much.

During the Roman Empire, even ruling emperors showed interest in cooking, competing in the unusualness of new recipes. A whole feast is being arranged, where it was the cooked dishes that tried to surprise representatives of the nobility that were the pride.

Among the most popular snacks were eggs and egg dishes, vegetables, salad, mushrooms (including truffles), seafood, cheese with herbs, olives, sauces, fricassee.

The meat dishes were luxurious, often whole carcasses were baked, all kinds of sausages were fried, as well as the entrails of animals (tripe, kidneys, testicles, etc.) and the unpopular parts of their bodies: ears, tails, skin, udder. The Romans loved the exquisite dishes of small birds – pigeons, blackbirds. 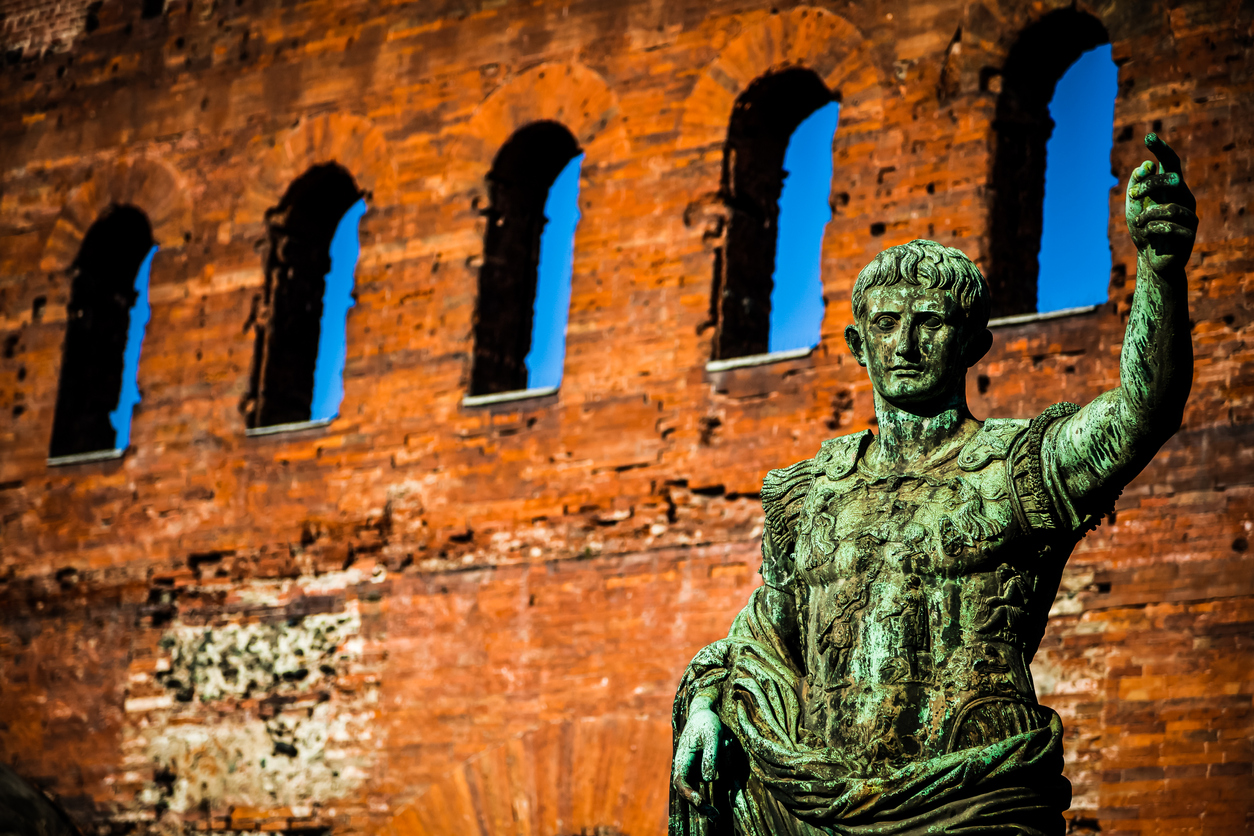 There is a legend that the legendary Roman emperor was not indifferent to carrots, which he attributed to aphrodisiacs. Once he invited the whole Roman Senate to a banquet consisting solely of carrot dishes, hoping that this would raise sexual desire from all those present. Whether this is true or not is not known for certain.

Caesar is also credited with the famous phrase “We are what we eat.” The author of the first cookbooks, Marcou Gabius Apicius lived at the time of Julius Caesar.

The Apitsia cookbook “On the Art of Cooking” contains dishes that combine recipes and products from different regions of the world: Alexandrian pumpkin with honey and pine kernels, lamb stuffed with savory and damask plums, ostrich with two varieties of dates and peas Indian with squid and octopus, seasoned with wine, green onions and coriander.

A dinner in the style of Ancient Rome from the time of Caesar looked something like this. 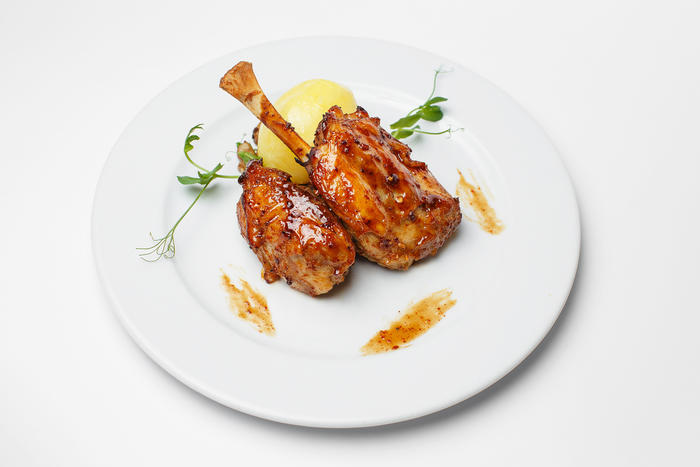 Cut the chicken into pieces. Make the sauce by mixing black pepper, parsley, celery, caraway seeds, garlic, soak everything in hot fish sauce with water. Pour the sauce over the chicken and simmer until tender. Serve with black pepper. 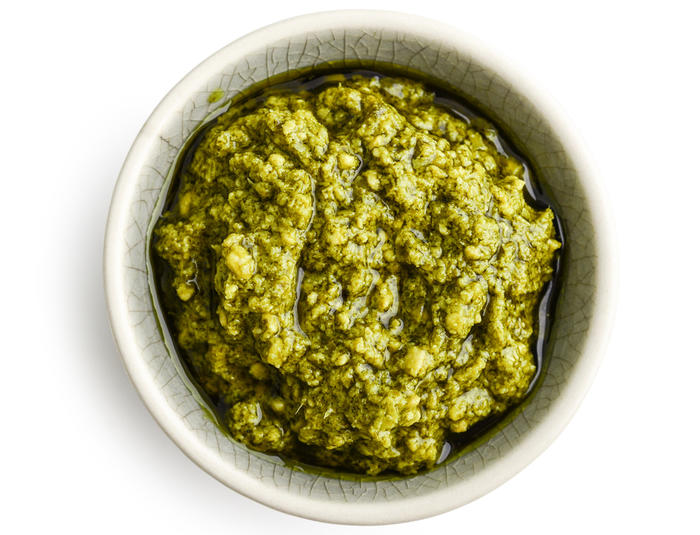 Remove the seeds from the olives and cut them. In a mortar, grind the seeds of caraway, fennel and coriander. Finely chop the mint. Put everything in a blender and mix. Gradually add oil and vinegar and mix for another 1 minute. Serve with slices of bread.

READ ALSO Your Zodiac Sign According To the Ancient Egyptian Horoscope 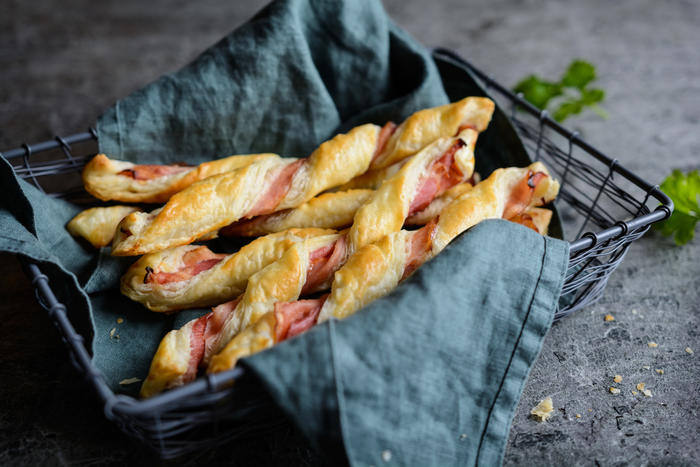 You will need a thick piece of pre-boiled ham, a sufficient amount of honey, 500 grams of flour, olive oil.

Apply cross-cuts to the cross with a knife on a piece of ham, and then grate it with honey. Make shortcrust pastry by mixing flour with vegetable oil. Place the ham on the rolled dough and pour another spoonful of honey. Gently wrap the ham in the dough and place on a greased form with vegetable oil. Place the pan in the oven and bake for 20 minutes at 160 degrees. It can be served both hot and cold. 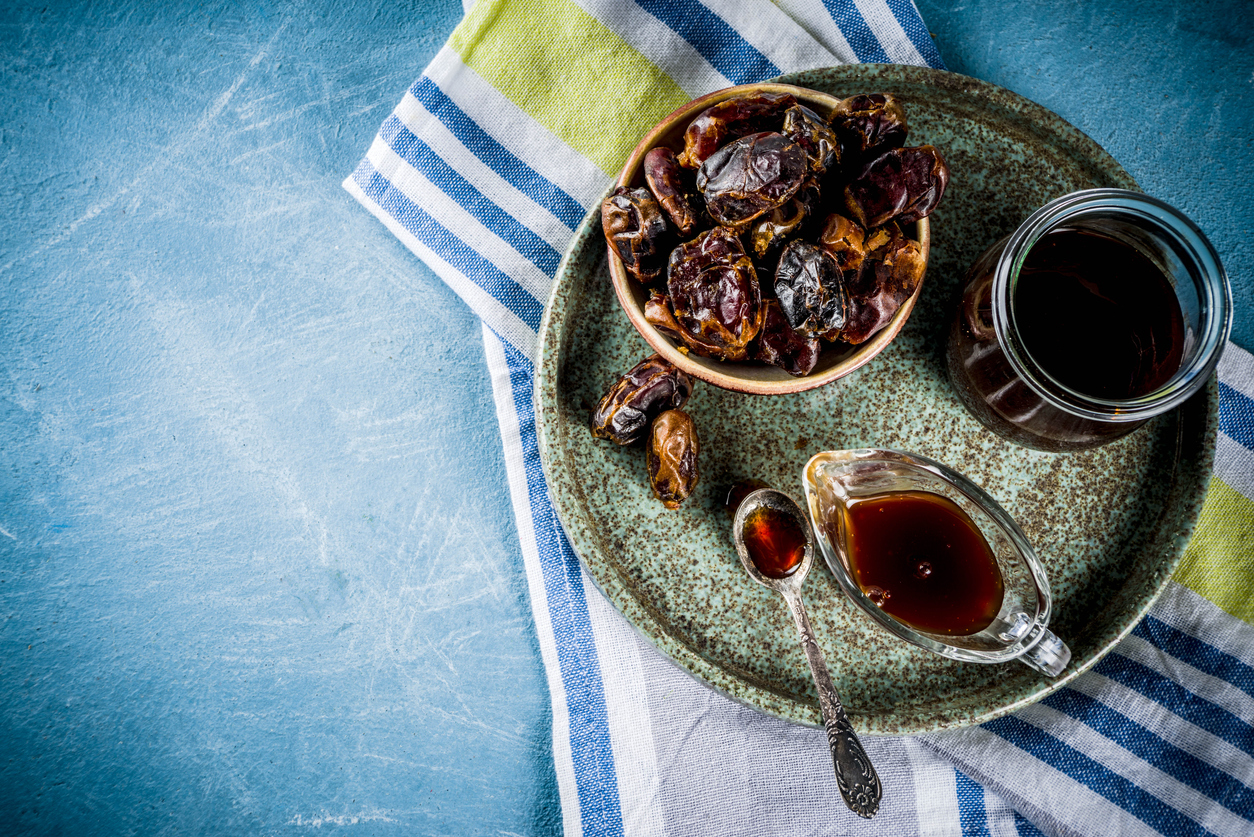 Prepare a box of fresh or dried dates, 30 grams of walnuts or pine nuts, optionally ground black pepper, a sufficient amount of honey, a pinch of salt.

Fill dates with walnuts or pine nuts or even with a hammer of black pepper. Roll in salt and fry them in honey for 5-10 minutes. Put them on a plate greased with vegetable oil so that they do not stick together and stick to the plate. Serve hot.